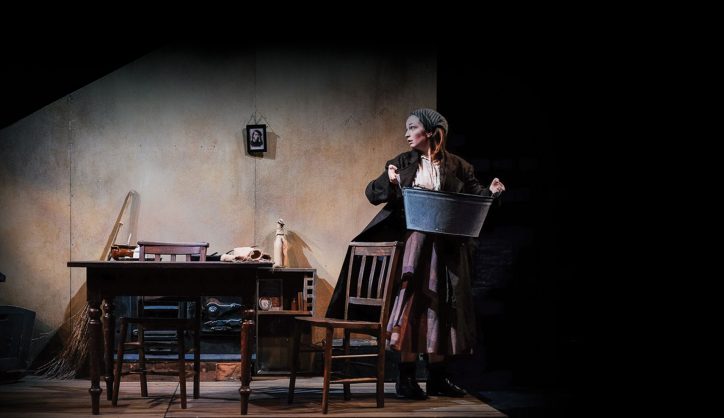 Pupils will attend a special play commemorating the millions of lives lost in the Holocaust.

The play which is titled “Yizkor”, meaning “may God remember” in Hebrew, is a drama-documentary telling the story of two teenagers Ariella and Moshe.

Yizkor will be performed on Holocaust Memorial Day at the MAC Art Centre and was developed by the New Vic Theatre with support from the Imperial War Museum.

Pupils will hear the actual words of young people who experienced the events leading to the Holocaust – from their diaries, letters and poems – in this powerful testimony to the effects of prejudice and discrimination.

The play forms just one part of the school’s activities for this year’s Holocaust Memorial Day which is held on January 27 each year to commemorate the six million Jews and others who were murdered as a result of persecution.

For Nasir Akhtar, Faith and Character Education Lead at Eden Boys’ Leadership Academy, Birmingham East, it is vital that young people are educated about the atrocities that took place during the Holocaust. He said:

“Each year we ensure that the millions of people who were murdered in acts of genocide are remembered by our pupils. This is an essential part of our school’s calendar and we understand how important it is to keep messages countering prejudice and discrimination alive. We hope that in doing so, we will ensure that we never have to revisit a time as dark again.”

Yizkor was developed with support from the Imperial War Museum and Val and Ibi Ginsburg, survivors of Auschwitz and Dachau concentration camps.